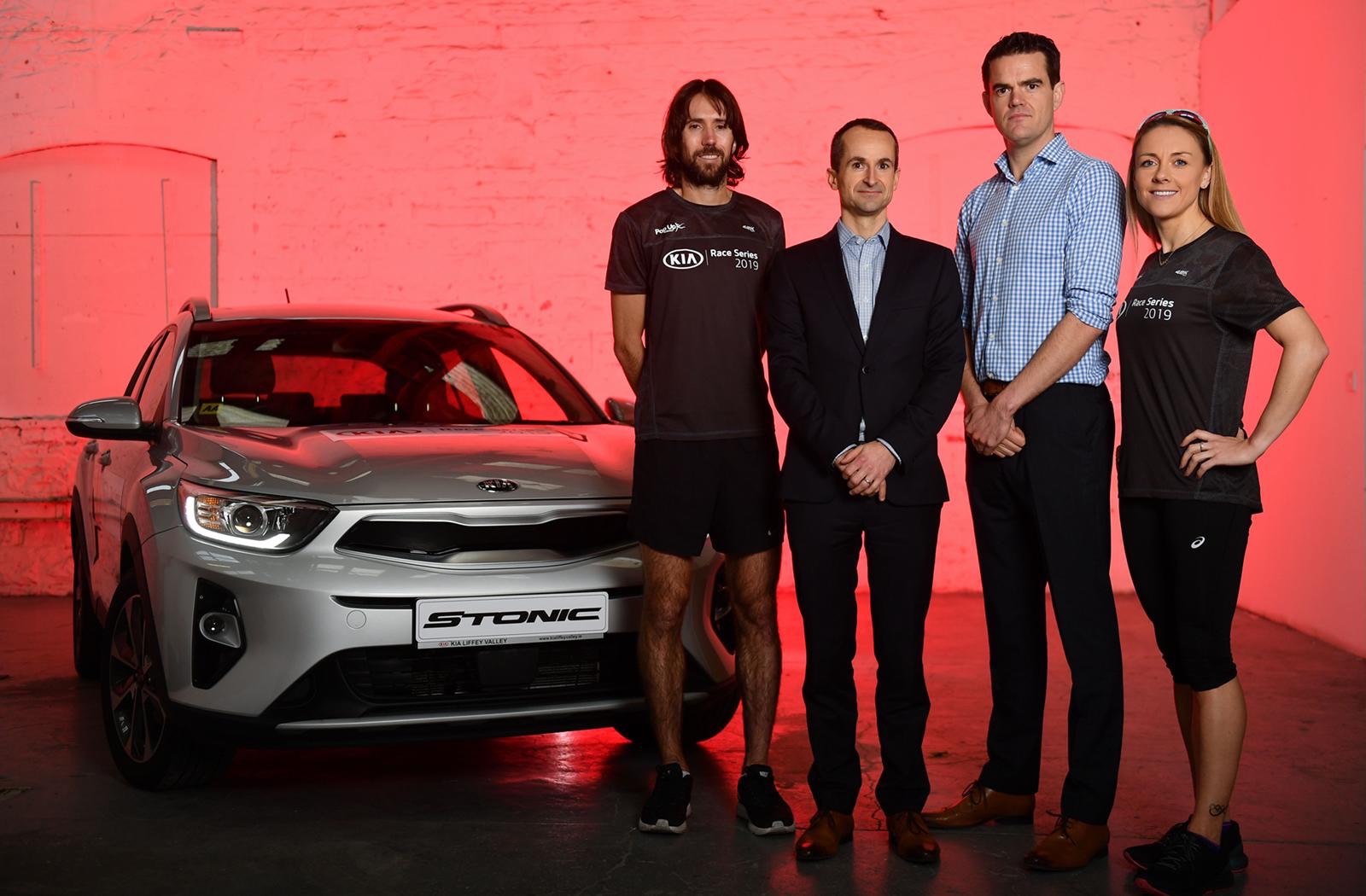 The second nationwide Kia Race Series proudly brought to you by Pop Up Races was today launched by Olympians Kerry O’ Flaherty and Mick Clohisey. The 2019 edition aims to continue to drive on standards set in 2018, with eight course records broken and numbers entered in the races in the series up 29%. The male and female winner of the Kia Race Series will get to drive a brand-new Kia Stonic for one year and there is the added incentive of €9,000 bonus funds on offer for course records. Kia will also be offering a “Masters” (O40 in year of series) prize of a trip for two to the European Masters  for both male and female winners.

There are nine regional races in seven counties across Ireland in this year’s series which will start in March with The Streets of Portlaoise 5k.  It is open to all abilities and is encouraging runners to #runyourrace, be it for fun, to set a personal best or to take on your first 5k.  For more details and to enter on-line go to popupraces.ie

Female winner of last year’s series Kerry O ‘Flaherty Newcastle AC commented: “I was delighted to win the 2018 Race Series and to win five out of the five. It was a great idea by Pop Up Races to organise the series and to have Kia on-board as a sponsor is fantastic. I encourage all runners to go out and set a target of running one of these races in 2019 and see what they can achieve.”

National Marathon Champion Mick Clohisey of Raheny Shamrock Athletics Club said: “The series drove the standard forward of distance running in Ireland. I look forwarding to lining up in the series in 2019 and having some great competitive races”

James Brooks, Managing Director of Kia Motors Ireland, commented at the Kia Race Series 2019 launch: “We are really proud to launch the second year of the Kia Race Series, Kia is primarily a family brand and we see a great fit between the race series and our customer base. We were delighted to see broken course records and a jump in participation levels of individual events involved in the inaugural Kia Race Series and we hope to continue this success for 2019. The series offers runners of all abilities the chance to participate to the best of their ability and with the addition of a number of new races this year we hope to increase opportunities for people to take part in major closed road running events in communities throughout Ireland.” James added: “The series will once again aim to drive competitiveness among new and well established elite runners with the Kia Stonic on offer as a prize for the overall male and female winner of the series.”

Brian Conroy, of Pop Up Races said: “Last year we were delighted to bring the nationwide road race concept to market in partnership with Kia Motors Ireland. In 2019 we aim to go bigger and better, with new races added. As Ireland’s leading race timing and event management company, we pride ourselves on working with local race/club directors to help them deliver a quality race from start to finish.’

Keep up to date with the Series here: https://www.popupraces.ie/our-events/the-kia-race-series/