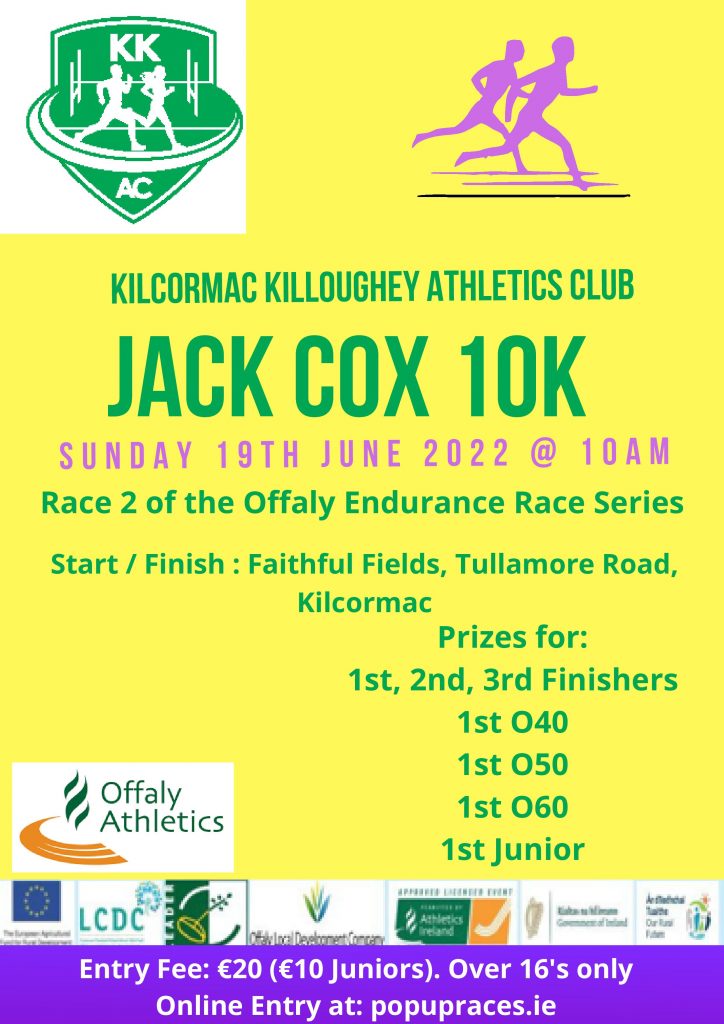 KKAC are delighted to host this event again this year after the success of their inaugural 2021 10k race.

Their race will now be known as the Jack Cox 10K in memory of a local Kilcormac man who was the first Offaly man to win the national marathon championships in 1950. Jack won a total of 38 championship medals at county, provincial and national level and embraced victories on the track, road and cross country to stamp him as a pioneer of athletics in Offaly. Following on from the huge success of last year and the fantastic feedback from all the visiting clubs, KKAC are again looking forward to welcoming runners to this fast paced picturesque run at the foot of the Slieve Bloom mountains.

The race is second in the Offaly Athletics Endurance series.