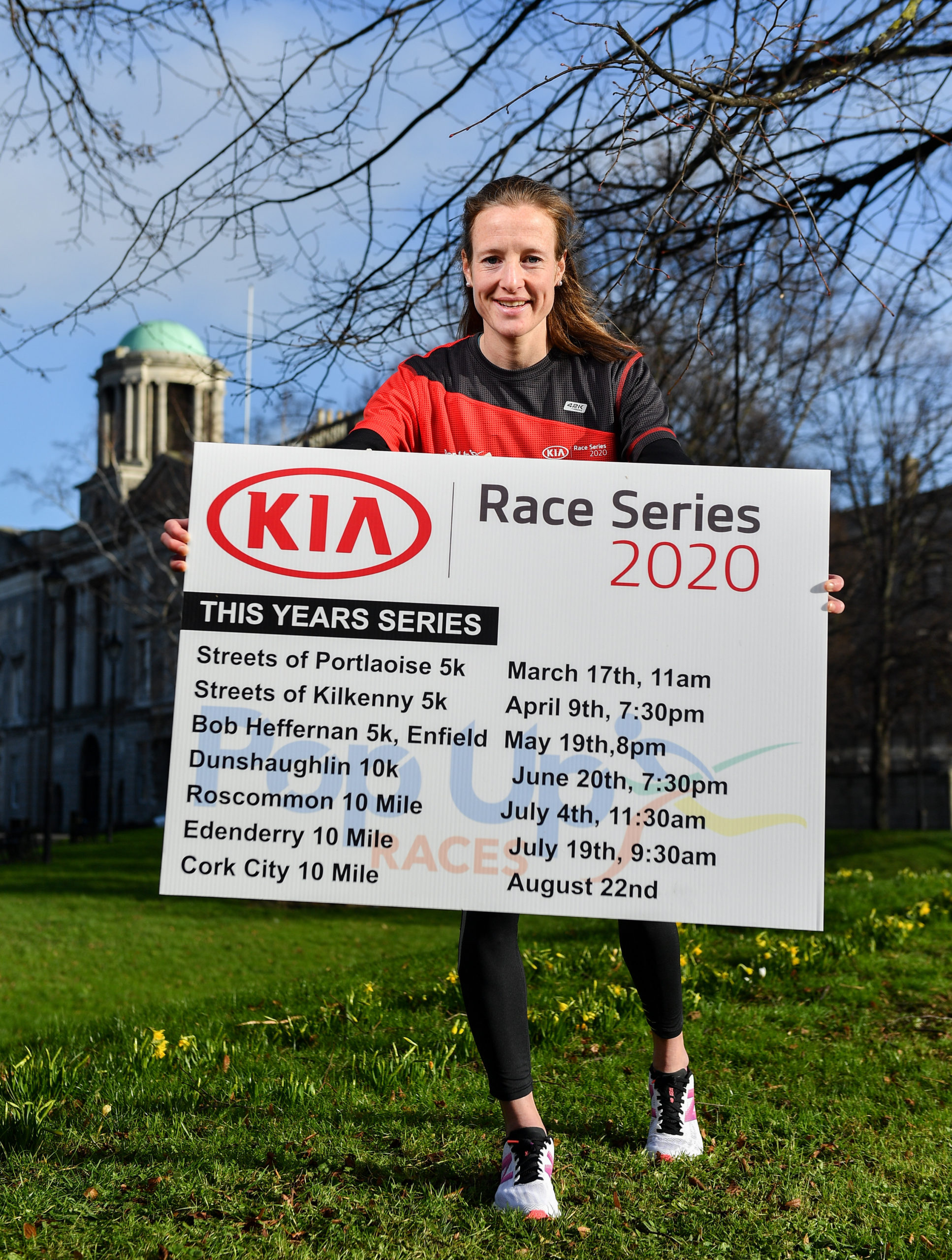 Speaking at the launch Fionnuala McCormack said: “The Kia race series has driven the standard forward of distance running in Ireland by offering an incentive for elite and top-level national athletes to race against each other. I am looking forward to lining up in the series in 2020.”

She added: “I am delighted that as ambassador for the Kia Race Series, I will be provided with brand-new Kia eSoul for one year which will make life easier and greener for getting to and from training.”

This year, there is a prize pot of €10,000 on offer in the Kia Race Series. There is a €1,500 cash guaranteed prize for the overall male and female series winner, with €7,000 for course record bonuses on offer. If the course record is not broken, that bonus rolls over into the overall prize pot. Athletes must compete in four out of seven races, with the lowest combined points scores over those four races winning the series.

The Kia Race Series will start in March with the Streets of Portlaoise 5k. The Dunshaughlin 10k a firm favourite with runners is taking place in June. There is the introduction of a new race the Cork City 10 Mile in August, the first of the series to take place in Munster. To enter on-line go to www.popupraces.ie/kia-race-series-2020/.

Ronan Flood Managing Director  of Kia Motors Ireland , commented at the Kia Race Series 2020 launch: “We are delighted so far with our involvement with the Kia Race Series and with the reaction of the Irish running community with our involvement .This year we want to promote our EV range during the race series and we are delighted  that Fionnuala has opted  to drive e Soul which is the 2020 Irish Car of the Year.”

Brian Conroy, of Pop Up Races said: “As Ireland’s leading race timing and event management company, we are passionate about running. We pride ourselves on working with local race/club directors in the Kia Race Series to deliver a quality race from start to finish.”

About Pop Up Races