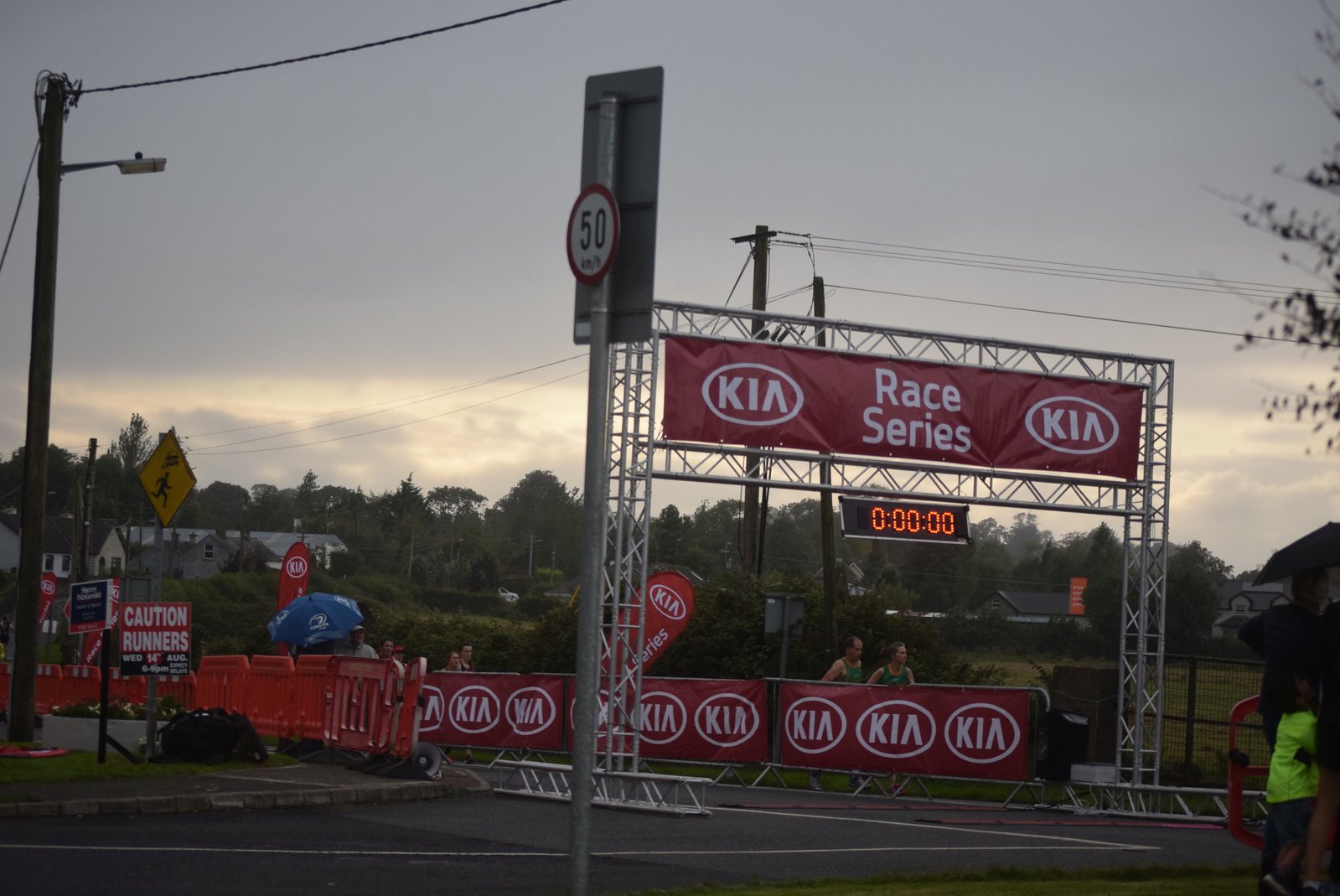 The 2019 Kia Race Series “Race for the Stonic” could not be any closer after another nail biting night of racing in Castlepollard, Co Westmeath. The village in North Westmeath came to life on Wednesday last when Sinead O Connor (Leevale), Siobhan O Doherty (Borrisokane) and Mary Mulhare (Portlaoise AC) once again battled it out in search of a brand new Kia Stonic *

As has been the norm since the beginning of this years series, the female race and leaderboard was the story of the night, and after a tough battle in less than favorable conditions, Sinead O Connor prevailed, meaning she once again joins Mary Mulhare as joint leader in the “Race for the Stonic” league table. (see standings here). O’Connors winning time of 16:49 was also enough to take the €500 course record bonus on offer, eclipsing Pauline Curleys old record by a couple of seconds. (Photos courtesy of the Mooney Family & Pop Up Races) 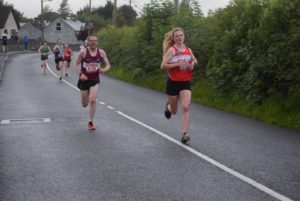 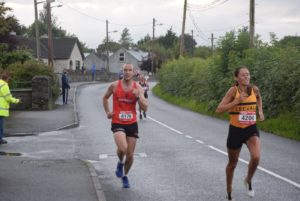 This all means that on September 7th in Blessington at the Lakes 10k, one of Mary Mulhare or Sinead O Connor will take away a brand new car. It’s winner takes all on what promises to be an exciting day in the Garden County!

The overall race was one once again by Hiko Tanosa of DSD. As Hiko does not fit the criteria to win the car this year, the race for the Stonic on the mens side can only now be won by Donore Harriers runner Eric Keogh, who simply needs to finish in Blessington to retain the car he won last year for another 12 months. 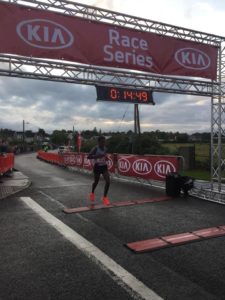 The Kia Race Series has also had a masters element to it this year, and both the male and female winners of this were on show in Castlepollard on Wednesay, with Paul Fleming of Rathfarnham and Caroline Donnellan from Edenderry AC taking the honours with strong consistent performances throughout the series. Their reward will be a 2 night trip to the European Masters Athletics in 2020 (for 2, flights, accommodation and race entry) courtesy of Kia Motors Ireland. 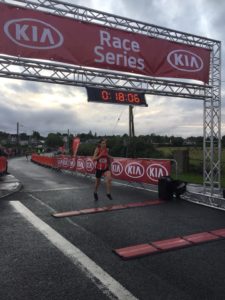 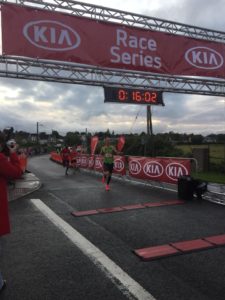 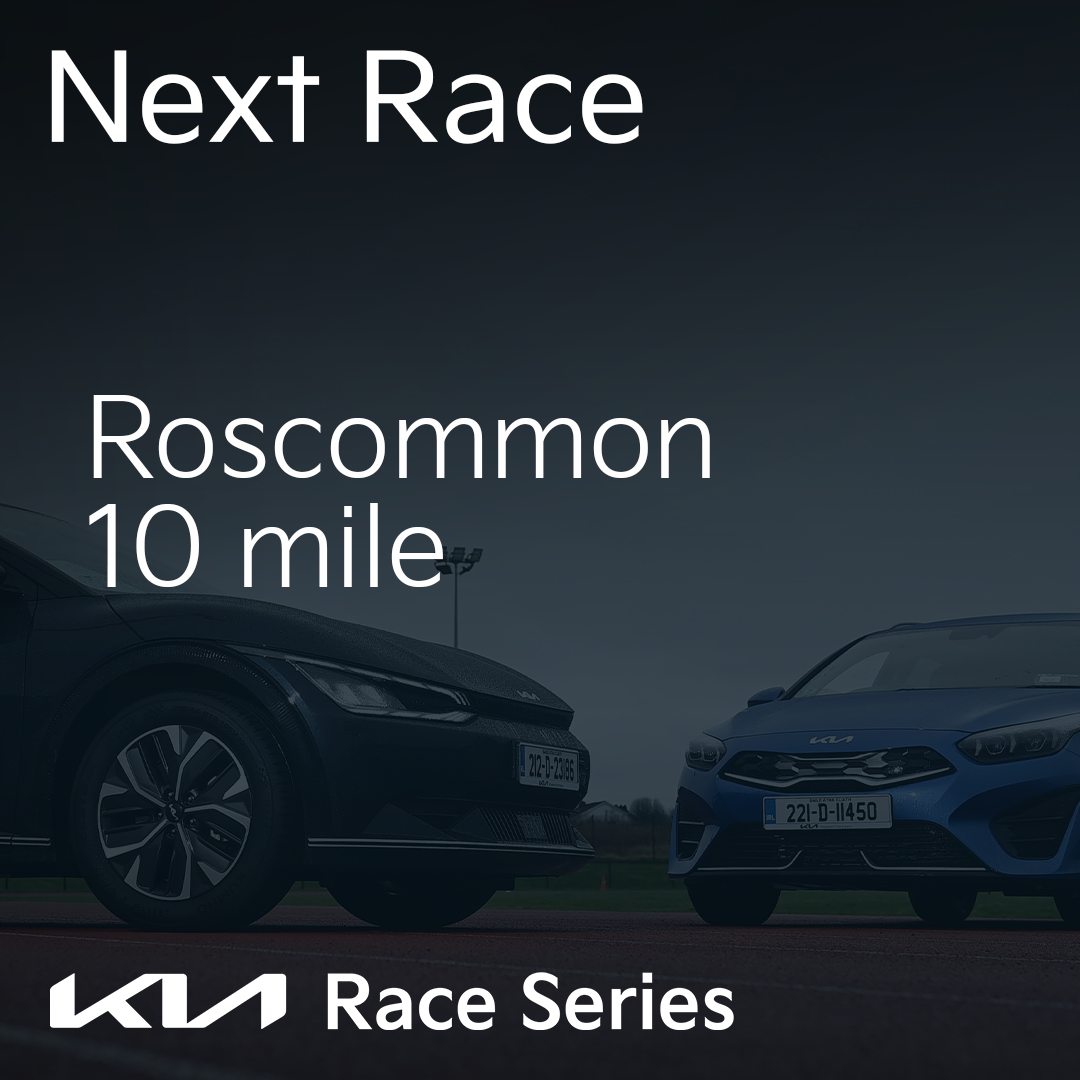 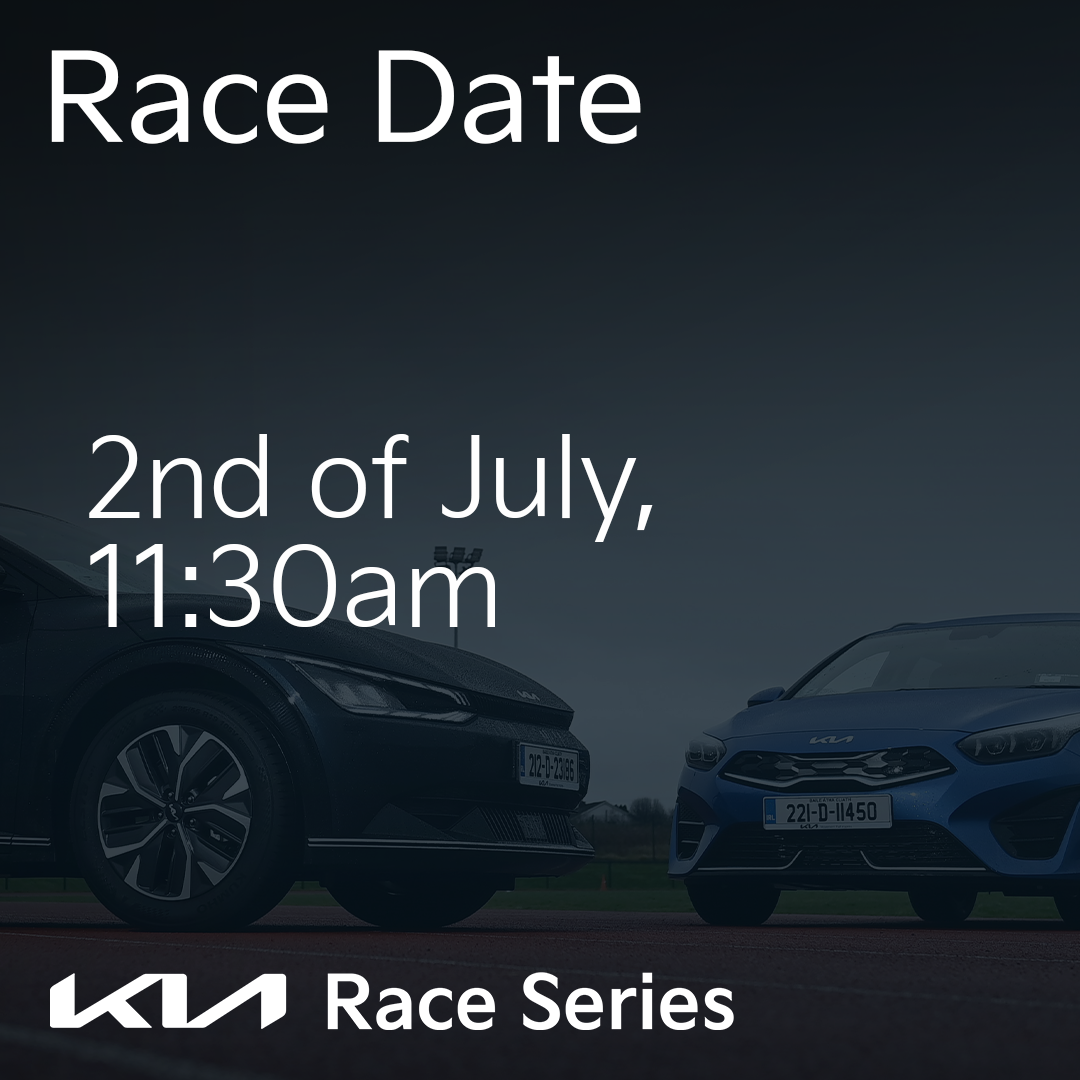 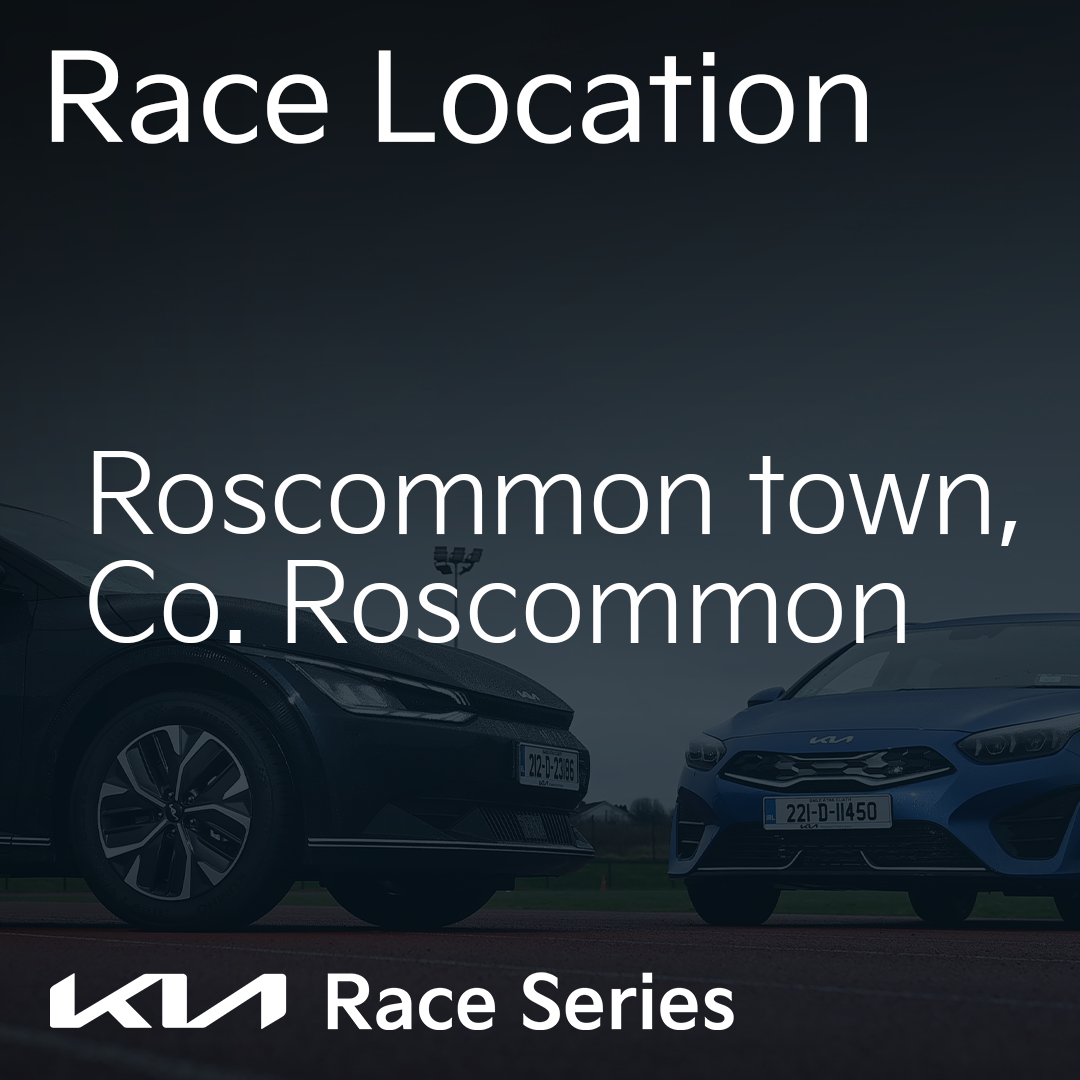 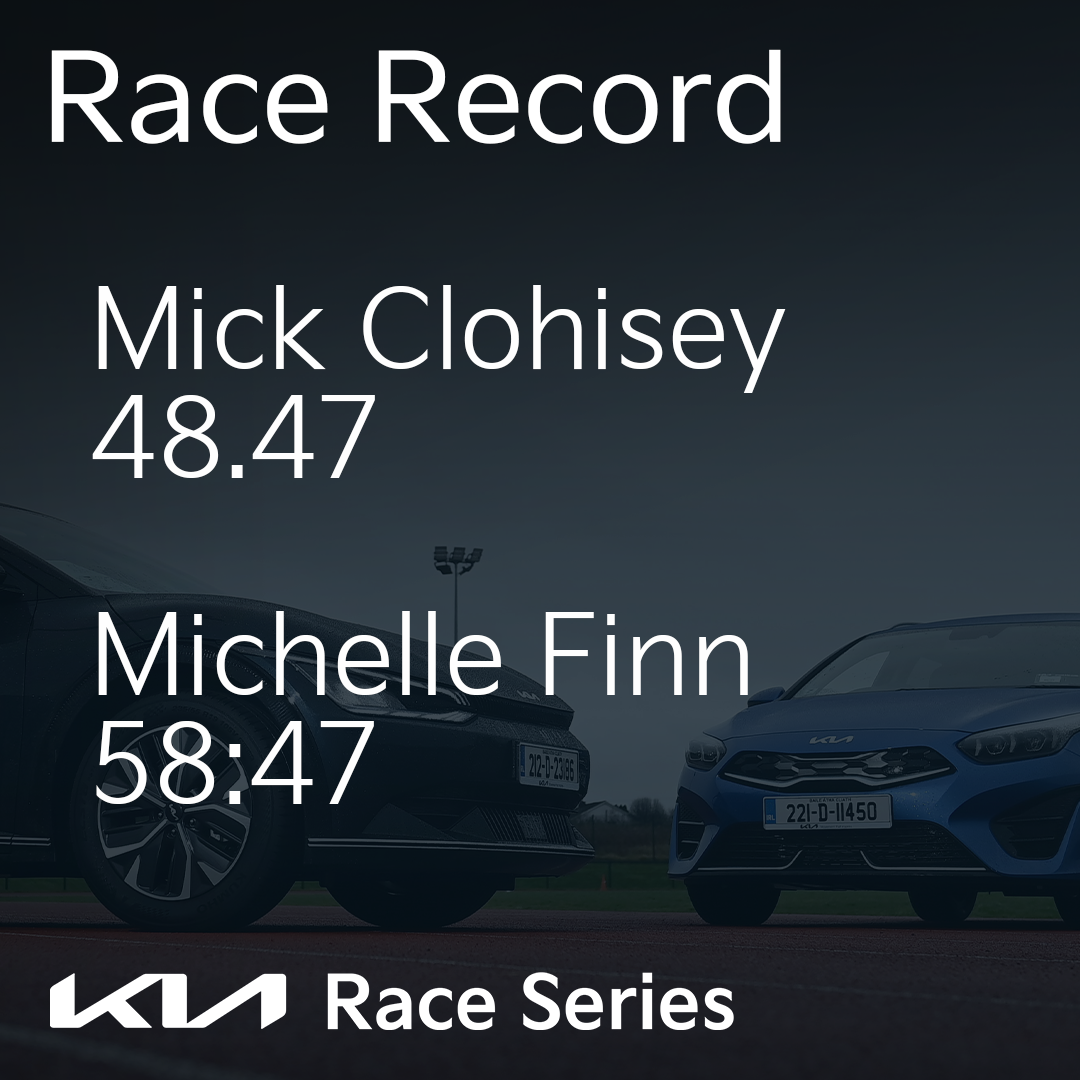