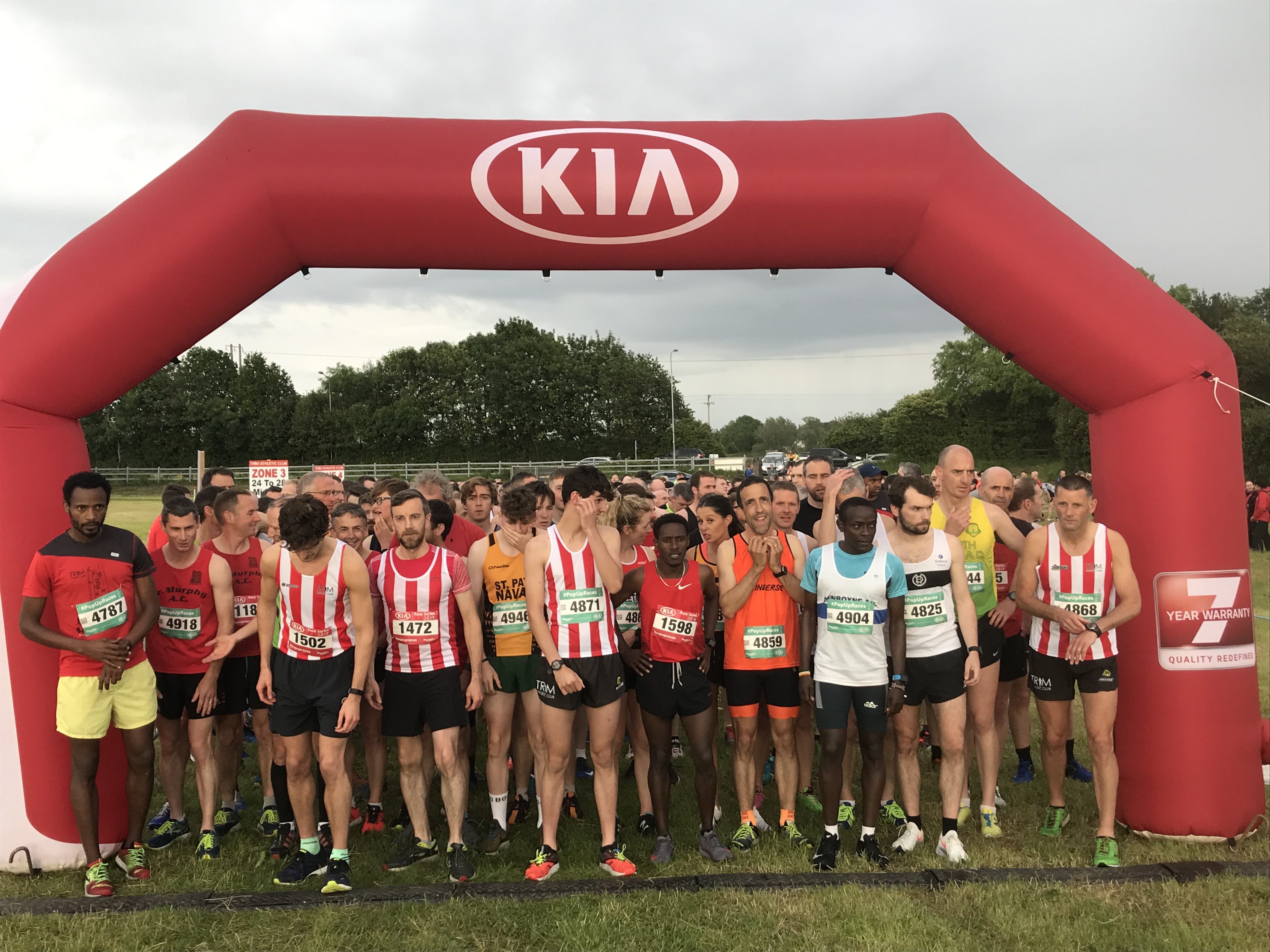 Set in the historic surroundings of Trim Castle, the Braveheart 5k, hosted by Trim Athletics Club, has become one of the biggest 5k races in Meath in recent years. This years running of the race took place on June 14th at 8pm. For the second year, the race formed part of the nationwide Kia Race Series, brought to you by Pop Up Races.

Continuing the recurring trend, this was another record entry / sell out for a Kia Race Series run, with almost 1,000 participants signing up to take part in this trail run around Porchfields. This is testament to the hard work of Barry, Dom, Ciaran and the wider team of volunteers in Trim, as well as the support of many local businesses, many of whom sponsored the event.

The gun went at 8:02pm and the pre race favourites in both the mens and womens races immediately took to the front. It was Hiko Tanosa from DSD AC who took the race on, with Dunboyne AC’s Peter Somba never far away. Eric Keogh of Donore, the leader in this years “Race for the Stonic” also went with the leaders, and from there it was a 3 horse race. 3 soon became 2, and much like round 3 in Enfield, it was Hiko who won the battle and came home with a winning time of 15:13 on what was a greasy, hilly 5k. He was 7 seconds ahead of Somba with Eric Keogh a further 7 seconds back. 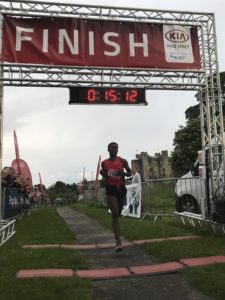 The female race also had two of the favourites and leaders in “the Race for the Stonic”, Mary Mulhare (Portlaoise AC) and Sinead O Connor (Leevale AC) right at the front, and again, like the previous rounds, these two battled it out from the start on this tough Trim trail course. Mulhare, who is in a rich vein of form of late, broke the resistance of O Connor and came home in 17:59, with the Cork girl in second (18:22) and Isobel Oakes in third. 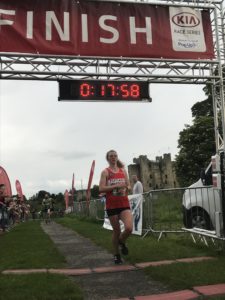 Make no mistake, this was a tough test for the athletes on a mixed terrain, narrow route, and they really gave the large watching crowd in attendance a fantastic night of racing.

This is round four of the Kia Race Series, and with tables to be updated, it certainly is all to play for with Eric Keogh fighting hard to retain his car in the male series, and Sinead O Connor and Mary Mulhare battling out with Siobhan O Doherty and others at the top of the ladies table.

The Kia Race Series is Ireland’s premier nationwide road race series, taking in established club races across Ireland, pitting Irelands best male & female runners against each other, with the overall winners driving away in a brand-new Kia Stonic to use for 1 year. All 3 races to date have seen record entries and record breaking times, as the series continues to benefit the clubs involved as well as the athletes.

The next race in the Kia Race Series is the sold out Dunshaughlin 10k on Saturday next, June 22nd. This race is widely recognised as the premier 10k road race in Ireland, and is shaping up to be a cracking night in the Meath town. It is open to all abilities and is encouraging runners to #runyourrace, be it for fun, to set a personal best. For more details, as well as race results and photos, and to enter on-line go to www.popupraces.ie.