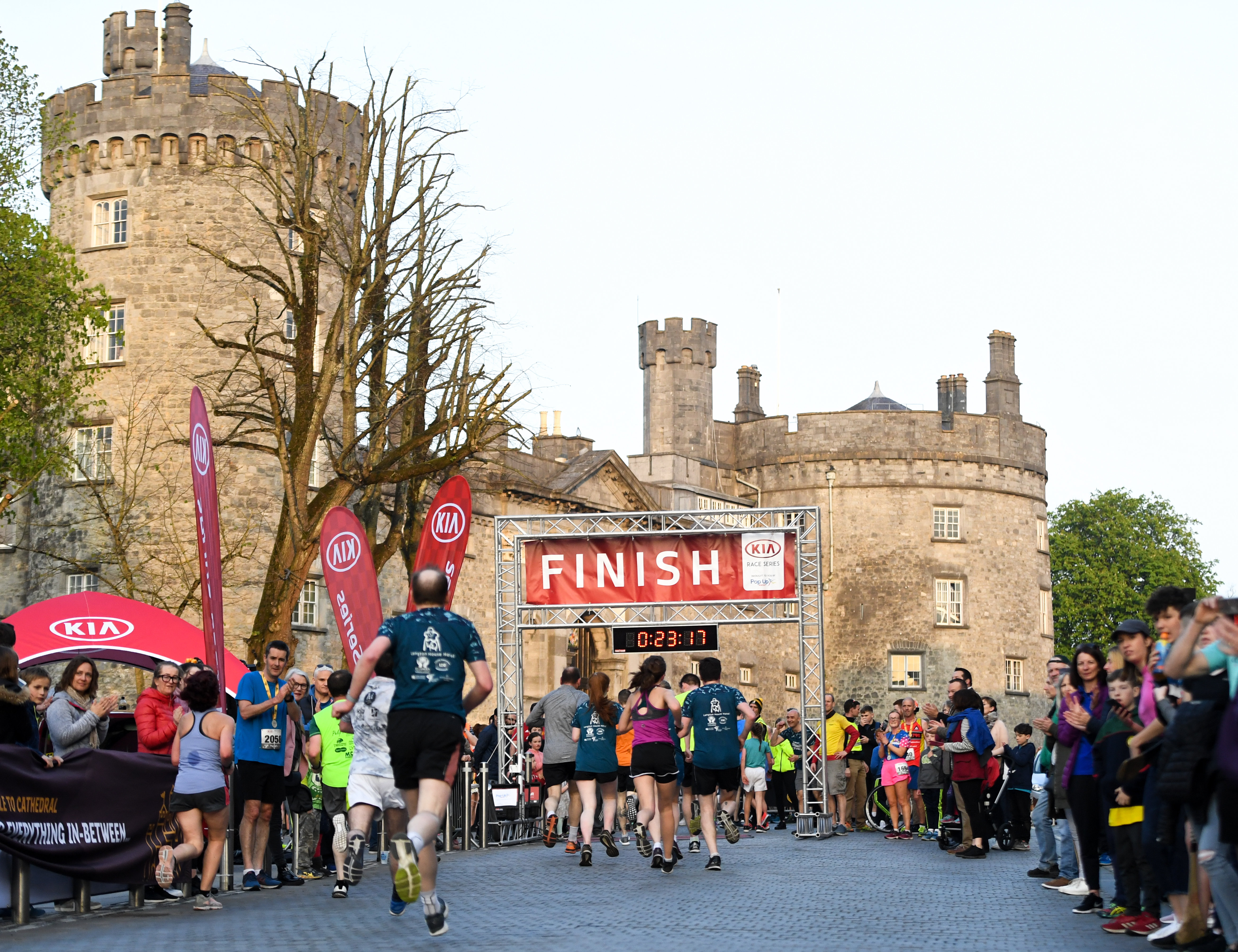 On a perfect night for running in the Marble City, a record entry of almost 1,000 participated in the 2019 running of the Streets of Kilkenny, brought to you by Kilkenny City Harriers.

Runners from right around the country flocked to the event, some for the fun, some chasing that elusive PB, but all to support Kilkenny City Harriers, who reaped the benefits with a record entry to the race.

The Gun went at 7:30pm on the button, and for 14 odd minutes, the race was right in the melting pot, as Hiko Tanosa (Dundrum South Dublin AC), Eric Keogh (Donore Harriers) and local athlete Thos Hayes (KCH) went gung ho, chasing the winning prize and also the €500 course record bonus, kindly sponsored by Kia Ireland. In the end, after an exhilarating race, it was Tanosa who broke clear with 500m to go and win in a time of 14:15, smashing the race record in the process. He was understandably delighted with the result. “It was a fantastic race, great crowds, great organisation and great competition, and I am very happy with the win”

If the mens race was close, the womens was even closer again, and an epic battle around the streets of the this famous city between Sinead O Connor (Leevale) and previous winner Siobhan O Doherty (Borrisokane AC) was only settled in the last 20 meters, with O’Connor finishing strongest to win by a second in a course record of 16:48. Portlaoise’s Mary Mulhare took a fine 3rd. Sinead O Connor beamed with joy at the end of a titanic struggle. “That was some race, well done to Siobhan, we pushed each other all the way and I’m so happy to get the win”

760 participants crossed the finish line, and without the work of KCH, the Gardai, Council and many volunteers, the event could not be the success that it was. Full results can be found on www.popupraces.ie

This years race also saw drastically reduced plastic consumption at the finish line, with Pop Up Races, in conjunction with Refill Ireland, providing the water in re-usable cups at the finish line. This saved upwards of 3,000 single use plastic bottles at the event.

The Kia Race series, brought to you by Pop Up Races, moves to Enfield in May for the lightning fast Bob Heffernan 5k. Details of the series, as well as series standings, can be found on www.popupraces.ie . The series is in its second year, and aims to increase entries at club races around the country, as well as increasing competition and improving times at the elite end of the fields. The overall male and female winners at the end of the Series will drive away in a brand new Kia Sonic (which they have use of for 12 months)